Fahreddin Pasha , nicknamed "desert tiger", known for his defense of Medina, has been embellishing history pages for years.

Fahrettin Pasha ( Ömer Fahreddin Türkkan ) was born in 1868 in Ruse, Bulgaria. After the 93 War he moved to Istanbul with his family. Mekteb-i Harbiye'yı finished first. After the Erkan-ı Harbiye School, he started to work in 1891 with the rank of Staff Captain. He served in the defense of Çatalca during the Balkan War and in the recapture of Edirne.

When World War I began, Fahrettin Pasha was in Mosul as the 12th Corps Commander of the 4th Army and in 1915 he was appointed as the 4th Army Commander. Urfa suppressed the Armenian uprisings in Zeytun, Musadagi and Khachin. In 1916, he was appointed commander of the Hijaz Force in Medina by the commander of the 4th Army Cemal Pasha. The defense of Medina against the army of Şerif Hüseyin, who started a rebellion with the support of the British, received great admiration. Fahreddin Pasha, who had completely lost contact with the Turkish troops around him while the Turkish armies started to retreat to the north, continued to defend the city. The Ottoman Empire withdrew from World War I on October 30, 1918 by signing the Armistice of Mondros. Fahreddin Pasha, who continued to defend Medina for 72 days after the surrender of the Ottoman state, stopped the defense on 13 January 1919 due to the end of food, medicine and ammunition. Thus, the Turkish rule in Medina that lasted for 400 years ended.

Fahreddin Pasha, who was called Ç Desert Tiger tarafından by the British, was first sent to Egypt as a prisoner of war and then to Malta. He escaped from Malta on April 8, 1921 and came to Ankara to join the War of Independence. He was commissioned by the Commander-in-Chief Gazi Mustafa Kemal Pasha to unite the Turkish forces fighting against the French Army on the southern front. When the war ended in the south with the signing of the Ankara Treaty with the French, Fahreddin Pasha, who was appointed to the Embassy of Kabul by the Turkish Grand National Assembly on 9 November 1921, played an important role in the development of the Turkish-Afghan friendship.

Fahreddin Pasha, who retired from the army in 1936, died of a heart attack near Eskişehir on 22 November 1948 during a train journey. Upon his will, he was buried in Aşiyan Cemetery. "He is not willing to lose the Holy Land"

Medina Defense Department Fahreddin Pasha's life on the 71st anniversary of the AA 'Medipol University Faculty member told. Dr. Mehmet İpşirli said that the pasha was one of the important rings in the chain of honorable commanders.

Professor Dr. İpşirli emphasized that Fahreddin Pasha faced great difficulties while defending the holy lands against the army of Şerif Hüseyin who rebelled with the support of the British and said:

"The enemy was pressing mercilessly. The British, Sheriff Hussein was provoked by saying that the caliphate. For the first time, a Muslim state, a non-Muslim state agreement, the Ottoman war broke out. One of the most influential names in this provocation was the British spy Lawrence. Fahreddin Pasha, approximately. For three years, he fought against the enemy in an epic struggle, facing various challenges, such as illness, hunger, and even had to eat grasshoppers against hunger, and the saddest part was that his own soldiers rebelled against these challenges. As long as the command of Allah, the consent of the prophet and the will of the sultan, I defend this place. ' Despite the will of the Sultan, he did not want to withdraw, not because of the rebellion. It is uncomfortable that the holy lands were taken away from the Muslims. Even if the order came, he was not willing to lose the holy land. In order not to pass into the hands of the British, he sent the sacred relics in Medina to Istanbul with 2 thousand soldiers despite his need. "

Explaining that Şerif Hüseyin, who attacked the Ottoman Empire with the provocation of the British, also paid the price of his betrayal, İngiliz the British did not deceive him, they did not give him anything they promised. said.

Professor Dr. İpşirli stated that Fahrettin Pasha had to surrender after a long struggle and said: "The British first drove him to Egypt and then to Malta. Then he got rid of Mal and went to Berlin and met with Enver Pasha. Pasha asked him for help in the fight against the Russians. Later, during the National Struggle, he served the case with Atatürk at the cost of his life. " "He did not allow the sacred relics to fall into the enemy's hands."

Historian-writer Azmi Özcan stated that Fahreddin Pasha was one of the most worthy of the title of hero in history and continued his words as follows:

"He is a hero who has signed many exemplary events. He is the leader of an epic that continues to the present day. When Fahreddin Pasha is mentioned, the first thing that comes to mind is the fact that he took the sacred relics to Istanbul. Even when he was in such a difficult situation, he commissioned 2,000 soldiers to take the relics to Istanbul unharmed, he did not allow the sacred relics to fall into the hands of the enemy, and we owe him a great deal even for his sensitivity. Should be considered as one of the pages in which the Islamic history entrusted to the Turks is crowned.

Fahreddin Pasha, Medina Hz. As a commander who delivered the tomb of Muhammad and the companions of the Companions to the enemy, he continued to defend because he did not want to go down in history. This defense has been the iftar document of human history. For 2 years and 7 months, he continued to struggle with his own means without any help from outside. History, this hunger, patience, tolerance and sacrifice as an event has passed this defense. Many sources say that they endure this hunger by eating grasshoppers without water. "

Özcan emphasized that this heroic epic should be told to new generations and said, çeşitli Various artistic works such as cinema can be done for this subject. Because there were very dramatic scenes in this defense. and I cannot deliver the sacred relics to the enemy. ' Fahreddin Pasha took his place in the past as one of the greatest heroes of the late Ottoman history. It left us a great honor. " said.

"We'd be happy to put your life on the big screen"

Zeki Türkkan, the grandson of Fahreddin Pasha, also stressed that his grandfather's heroism in the defense of Medina had an important place in both Islamic and Turkish history. "In the rallies held in Sultanahmet, 'Medina is still resisting' is expressed as. Medina is a symbol of resistance." he said.

Ömer Fahreddin Türkkan said that they grew up listening to the heroism of their grandfathers in the family conversations and even praised his grandfather in a book he wrote even by the British spy Lawrence he was struggling with.

Ayşegül Konuk expressed their pride with their grandfathers and said, 71 Although 71 years have passed since his death, we are still very touched and honored to remember him. said. 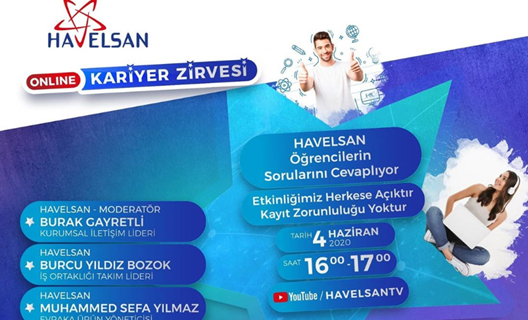